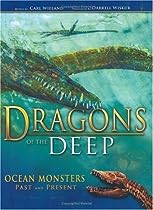 Does the existence of so many so called "Ancient" creatures that are now extinct prove evolution to be true?

However, the fossil records do show of a time when dinosaurs were abundant and because of the supposed time period from which such creatures are meant to have existed, we may conclude that such creatures are a primitive and earlier stage of evolution.

Below are a few thoughts on dinosaurs. For more detailed articles and web broadcasts, please follow some of the links at the bottom of this page.

Old creatures alive today. A walk around any large natural history museum will reveal details of many animals that are

still alive today that have reportedly been around since the time of dinosaurs or longer according to traditional dating methods. For example, many fish including sharks, crocodiles, lizards, sponges, most insects etc.

Thus, we still have many so called earlier stages of evolution alive and well on the Earth today and the past presence of dinosaurs does not prove an earlier phase of evolution. Animals are becoming extinct all the time.

Death of dinosaurs. It is possible that the numbers of dinosaurs were vastly reduced by a global flood and subsequently hunted to extinction by man ?

The picture on the left (click for full size) shows adult and juvenile Psittacosaurus in plan view. Erosion has truncated several skeletons, including the adult, on the left and upper sides of the specimen. Skeletons in the centre sit topographically lower than those at the perimeter, suggesting an original basin-like feature. One skeleton at lower right appears to be draped over an edge of this structure.

The absence of internal sedimentary structures makes it impossible to discern whether the basin topography is the result of sedimentary, biological or post-depositional deformational processes. Juveniles not adjacent to the adult generally lie sub-parallel to one another, showing no preferred orientation of the cranial end. Sediment texture and composition do not vary across the site, eliminating the possibility of a composite specimen. Scale bar, 10 cm.

That’s a lot of baby dinosaurs all in one place, and the authors conclude that this is pretty good evidence of extensive parental care in this species—and that they all died very abruptly.

Dinosaurs and man?There are numerous stories of dinosaurs (although not referred to as dinosaurs as the wordwas

not invented until 1841) being around with man, e.g. in the Bible, from stories from around the world (about dragons) and portrayed on some Chinese pottery.

Some sites show examples of human and dinosaur fossils together.

From "The museum of Earth history":- Since their initial discovery in the 1930’s, over 1,100 engraved burial stones from the Inca culture have been unearthed. One third of these stones depict detailed and accurate pictures of dinosaurs, including triceratops, stegosaurus, and pterosaurs.

Some of the stones actually show men and dinosaurs together, and since the stones usually depicted scenes from the life of the person with whom they were buried, it seems likely that the dinosaurs etched onto the stones were involved in some way with that person’s life.

The four leading biologists of the Renaissance similarly maintained the existence of such animals. Their names and countries were Ulysses Aldrovandi, Italy; Conrad Gesner, Switzerland; Edward Topsell, England; and Pierre Belon, France.

During the 16'th century, Belon observed and provided a sketch of a flying reptile that can be strongly identified as the Dimorphodon macronyx species from the Rhamphorhynchoidea sub-order.

Aldrovandi heard a description of and sketched a Scaphognathus. It is less accurate than Belon's Dimorphodon, yet remarkable for a scientist who had not actually seen the specimen.

Another Italian taxonomist, Meier, had a Scaphognathus specimen in his museum.

Samuel Bochart (17th century), in the most outstanding study of biblical reptiles ever accomplished, likewise maintained the existence of flying reptiles. However, the animals became extinct about then and within a century scientists were saying that they never had existed. The Swiss scientist Jacob Scheuchzer would claim that as well as the English naturalist Thomas Browne.

For more information watch the Great Dinosaur mystery video which has lots of information about "dragon" stories of the past or also go to a site with reports of UK dragons.

Strange creatures.We may think how strange some dinosaurs were and therefore assume they must be very primitive creatures, however, lots of creatures alive today are strange in their own way. Strangeness does not necessarily equate with an earlier stage of evolution, except in our minds! A visit to any natural History museum will show us that the skeleton of Dinosaurs had many similarities to our own (e.g. in the general shape of many bones such as vertebrae, ribs etc.).

Reptiles can live a long time and keep growing. Reptiles and snakes keep growing for as long as they live, thus, if they live a very long time they can grow to a great size. There are recent examples of very large old crocodiles (Mackay, 2000). There is also evidence from fossils that years ago (pre-flood) the conditions on Earth favoured the growth of much larger plants and reptiles and animals in general. (Mackay, 2000). The Bible tells us that man lived much longer pre and shortly after the flood. If other animals including dinosaurs lived for hundreds of years and kept growing during this time, this would explain their large size.

Books - The books below focuses mainly on the contents of this page or related areas and can be bought on line at the "Was Darwin right store".

After the Flood, by Bill Cooper

Dinosaurs and Creation: Questions and Answers, by Donald B. DeYoung

20,000 reported sightings of dinosaur like creatures in this century.

Did a meteor wipe out the dinosaurs?

Dinosaur bones—just how old are they really?

The extinction of the dinosaurs

You Don't 'Fit' Dinosaurs With The Bible!

Dinosaurs - the rest of the tail

Jehovah's Park - The Monsters God Made

The Great Dinosaur Mystery. Lots of interesting information about past sightings of dinosaur like animals.